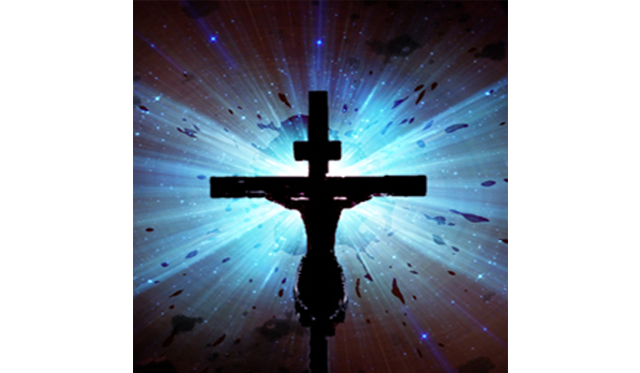 In other words everything is running out of time.
Time however is not always a constant, and can be sped up or slowed down, but it cannot be stopped or reversed.

Eventually we need to know what real/truth is? Real truth/reality must be what we can see in front of us.
Our eyes, ears, nose, mouth, and sence of touch can be fooled, however. How do we know that we can trust the electrical signals entering our brain?

We cannot fully trust our own heart either, because it is us, our experiance, our moral code. Truth/reality doesn’t come from us, rather it comes from above us. We know that we are surrounded by deception, and fear for the purpose of theft, but we also know that the truth is out there. We have to believe that or we have no hope.

Everyone needs a truth/reality filter. What is yours?

To me Jesus is Reality.

Jesus offers you His perfect life in exchange for your broken life.

You can fight that all you want. You could say that it is a person trying to tell you a fantasy in order to take something from you, etc.

If it were a fantasy it would be the greatest fantasy imaginable.

But it is Reality.

There is evidence that the “gods” existed, or at least were worshipped as “gods”.
The question is, were they alien/fallen angels or were they half angel/nephilim/titans, or were they giant human ansestors?
Whatever the case the “gods” that the nations worshipped were devils (evil spirits).
(Deuteronomy 32:17 KJV) “They sacrificed unto devils, not to God; to gods whom they knew not, to new gods that came newly up, whom your fathers feared not.”
Jesus is God.
Colossians 2:8-9 KJV “Beware lest any man spoil you through philosophy and vain deceit, after the tradition of men, after the rudiments of the world, and not after Christ. For in him dwelleth all the fulness of the Godhead bodily.”
None of the “gods” that the nations worshipped were ever reffered to as omnipotent, omniscient, and omnipresent.
Psalms 82:1 KJV “God standeth in the congregation of the mighty; he judgeth among the gods.”
Read psalm 82
God does not dwell in the “sky”
2 Chronicles 6:18 KJV
“But will God in very deed dwell with men on the earth? behold, heaven and the heaven of heavens cannot contain thee; how much less this house which I have built!”
As far as death goes, Jesus/God has a different definition of death. God’s definition of death is absence from God’s love, grace and mercy but not from God.
Psalms 139:8 KJV “If I ascend up into heaven, thou art there: if I make my bed in hell, behold, thou art there.”
Jesus said “I am the resurrection, and the life: he that believeth in me, though he were dead, yet shall he live: And whosoever liveth and believeth in me shall never die. Believest thou this?”
(John 11:25-26 KJV)
As Paul said
(2 Corinthians 5:8 KJV) “We are confident, I say, and willing rather to be absent from the body, and to be present with the Lord.”
(Romans 8:35 KJV) “Who shall separate us from the love of Christ? shall tribulation, or distress, or persecution, or famine, or nakedness, or peril, or sword?”
(Romans 8:37-39 KJV) “Nay, in all these things we are more than conquerors through him that loved us. For I am persuaded, that neither death, nor life, nor angels, nor principalities, nor powers, nor things present, nor things to come, Nor height, nor depth, nor any other creature, shall be able to separate us from the love of God, which is in Christ Jesus our Lord.”
As Job said,
(Job 19:26-27 KJV) “And though after my skin worms destroy this body, yet in my flesh shall I see God: Whom I shall see for myself, and mine eyes shall behold, and not another; though my reins be consumed within me.”

Here is a thought
perhaps the 9 worlds are dimensions inside the earth.
Perhaps Wotan / Woden / Odin was in fact a real man.
According to The Earlist English Texts Woden was the grandson of Noah. MizRAim, the father of the Egyptians, was the grandson of Noah too. He had a son named Aman who had a son named Osiris. And according to some liniages, Nennius and Virgil Jupiter, was Japheth the eldest son of Noah.
Is not the world tree the tree of life.
(Revelation 2:7 KJV) “He that hath an ear, let him hear what the Spirit saith unto the churches; To him that overcometh will I give to eat of the tree of life, which is in the midst of the paradise of God.”
There is some truth to every legend,
The Bible is the only pure Truth and Jesus is the Word made flesh.

If Jesus was just a fairy tail character, there should be some evidence of it. It would have to be the greatest conspiracy ever invented.