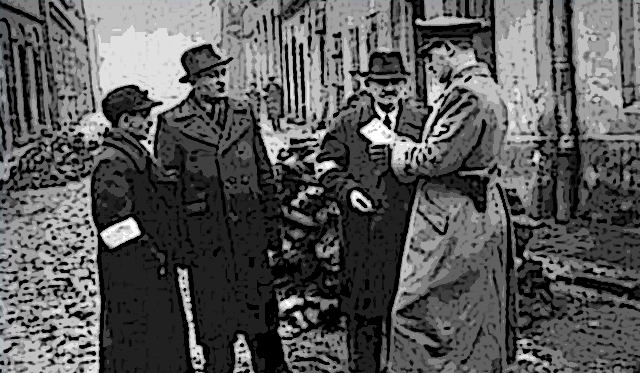 One thing that must be understood separately is the concept of what happened in Sodom.
Obviously the men of Sodom were homosexual. That is no question.

According to Ezekiel 16:49 the beginning of their sin was pride, fulness of bread, and abundance of idleness. They did not strengthen the hand of the poor and needy, and in the end they became confused in their nature and descended into violent sodomy.

The system of Sodom was not friendly.
Obviously in a small town everyone knows about everyone, but Sodom was different.
In Sodom no one had the right to have a secret. No one was free.

The Law of Sodom was the Law of Satanism,
“Do What Thou Wilt.”
Under this law everyone had the right to know everything about everyone, even to not having a right to their own body and thoughts.

To refuse anyone the right to take whatever they wanted was considered sin.
Note that the men of Sodom demanded that they have the right to know the 2 strangers.

These Sodomite men were very insecure. They had to know everything and dominate everyone who entered their territory or they didn’t feel safe and justified in their sin. If the person didn’t want to “share” with them, they were considered a hater and were hiding something that they believed everyone had a right to have and share.

Lot went into Sodom free and had a lot of property, but when he went out of Sodom he had lost everything. Because he chose to live in Sodom, Lot eventually lost everything including his own physical purity.

The Sodomites lived by the Democratic law of the Right to the Pursuit of Happiness instead of the Godly Right of Private Property.

God instituted human Government for the purpose of Protecting the Rights of the People to own and Protect their Private Property. If Government tries to take away the Right or the Ability of the People to Defend their Property against those who would steal their Property, then they loose their God ordained jurisdiction. Those who steal another peoples Property, will loose their freedom.

It is interesting to note that Jesus said, “… as it was in the days of Lot … Even thus shall it be in the day when the Son of man is revealed.” -Luke 17:28-30
In an information age this takes on a whole new meaning, and raises a lot of questions as to how much the world should “know” about us.

Almost everyone knows about how Socialist, Communist and even Democratic systems demand “papers” which reveal the identifying characteristics of a person.

Some interesting questions to me are:
Does anyone have the right to ask for this kind of information?
Does a Christian, who has presented their body to God, in accordance with Romans 12:1, have the right to give this information away, especially to be put into a database?

Obviously you should be able to trust a friend with some of your contact information, and they would know some of these details already, but most databases can be accessed or hacked for evil purposes from anywhere in the world.

Jesus said that he had done nothing in secret, but He did not publish what He did throughout the world until His mission was finished.

In Matthew 7:6, Jesus warns us to “Give not that which is holy unto the dogs, neither cast ye your pearls before swine, lest they trample them under their feet, and turn again and rend you.”

Paul tells us in 1 Corinthians 6:15-20, “Know ye not that your bodies are the members of Christ? shall I then take the members of Christ, and make them the members of an harlot? God forbid. What? know ye not that he which is joined to an harlot is one body? For two, saith he, shall be one flesh. But he that is joined unto the Lord is one spirit. Flee fornication. Every sin that a man doeth is without the body; but he that committeth fornication sinneth against his own body. What? know ye not that your body is the temple of the Holy Ghost which is in you, which ye have of God, and ye are not your own? For ye are bought with a price: therefore glorify God in your body, and in your spirit, which are God’s.”

Spiritual fornication is to use your body to glorify anything or anyone other than Jesus/God.

Galatians 5:1 tells us to, “Stand fast therefore in the liberty wherewith Christ hath made us free, and be not entangled again with the yoke of bondage.”

And Jesus said in Revelation, “Behold, I come quickly: hold that fast which thou hast, that no man take thy crown.”

Jesus also said in John 3:8, “The wind bloweth where it listeth, and thou hearest the sound thereof, but canst not tell whence it cometh, and whither it goeth: so is every one that is born of the Spirit.”

Does that mean that we should be unplugged from the systems of this world, living off the grid? Probably, to a certain extent. We certainly should not want to support evil.

A vote for the lesser of 2 evils, is still a vote for evil.

If we know that God’s money is being used for evil, which is better, to die for refusing to support evil, or to give in to the evil doer, becoming party to his crime and say he made us do it?

Paul also said in Philippians 4:5-7 “Let your moderation be known unto all men. The Lord is at hand. Be careful for nothing; but in every thing by prayer and supplication with thanksgiving let your requests be made known unto God. And the peace of God, which passeth all understanding, shall keep your hearts and minds through Christ Jesus.”

I’m not trying to tell the reader a definite course of action that every Christian should take in this area, that is the Holy Spirit’s job. What all Christians should be doing is examining themselves in light of God’s Word, (what did Jesus do?), and looking to the Holy Spirit for guidance in all things. At this time, as at all times, we need to know what would the LORD Jesus want us to be doing, and live in accordance with His will for us.